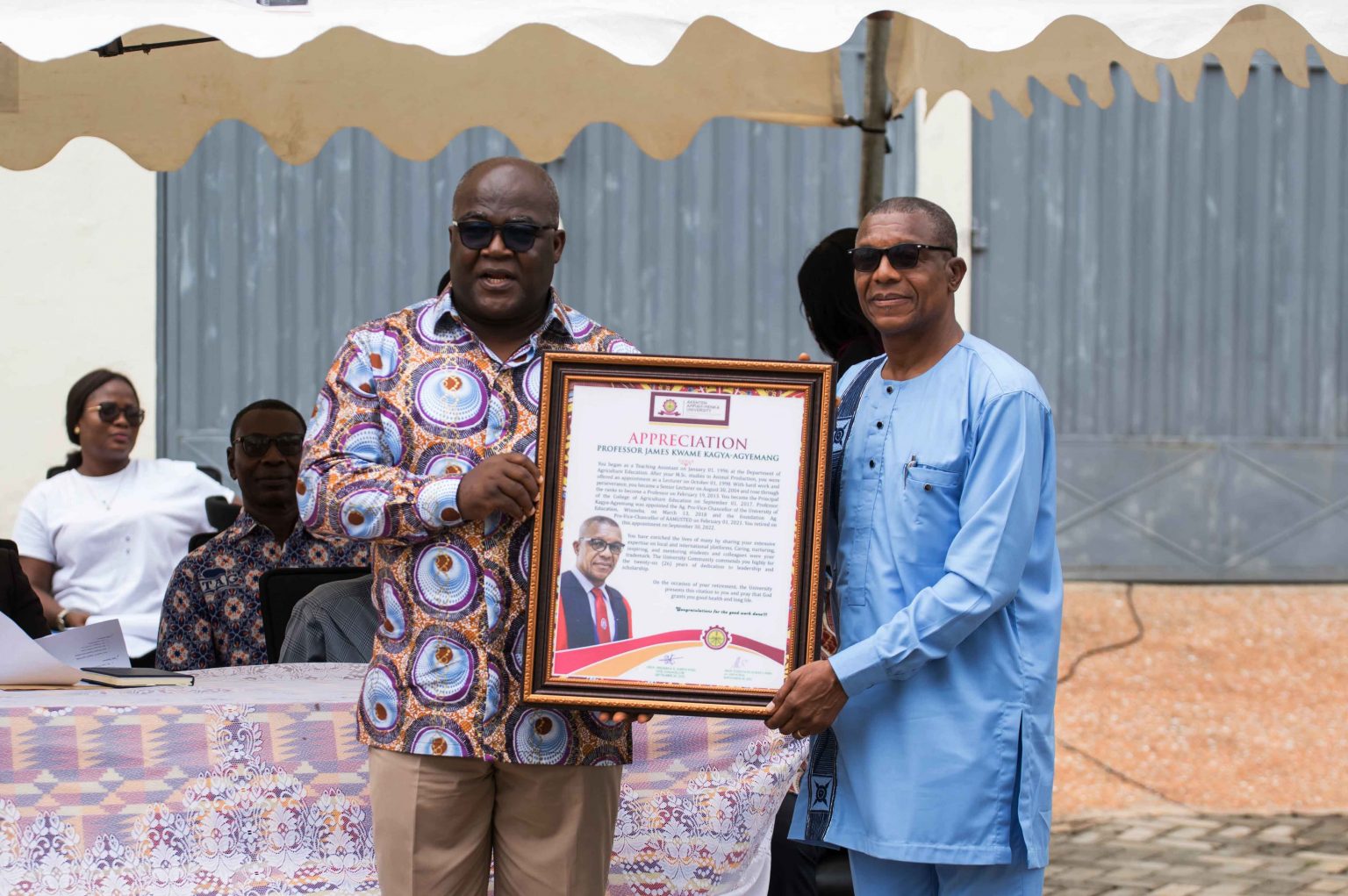 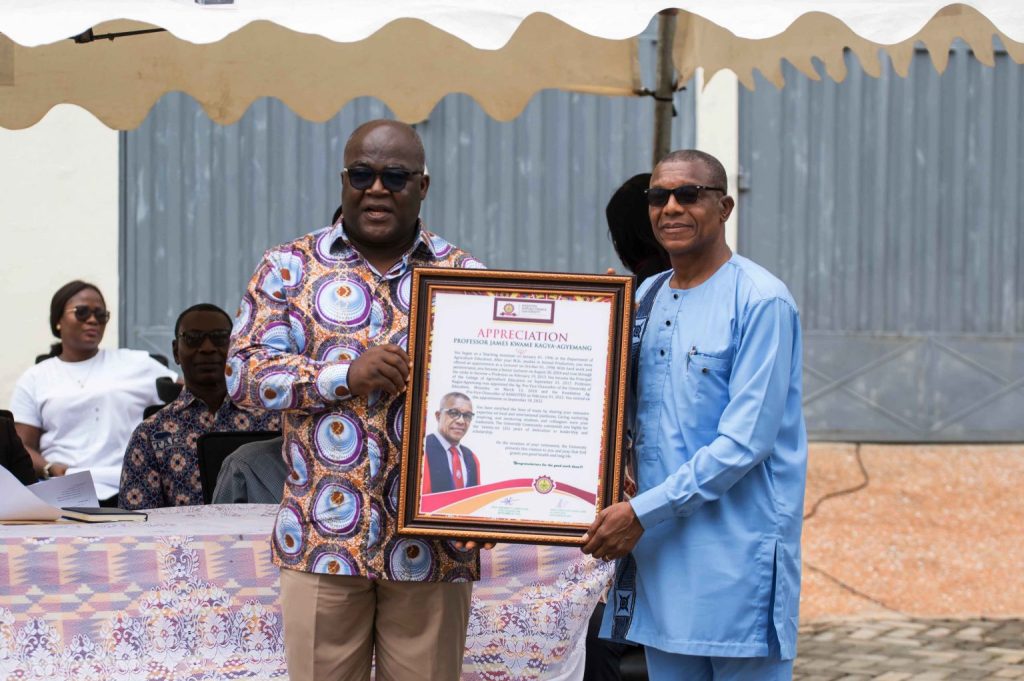 The Acting Pro Vice-Chancellor of the Akenten Appiah-Menka University of Skills Training and Entrepreneurial Development (AAMUSTED), Prof. James K. Kagya-Agyemang, was among seven (7) staff at the Asante Mampong Campus who were treated to a delightful ceremony on September 16, 2022 as they officially retire from the University on September 30, 2022.

Prof. Kagya-Agyemang had served on the Asante Mampong Campus for nearly 30 years, much of those years being the time AAMUSTED was part of the UEW. He started as an Assistant Lecturer and rose to a Full Professor Rank. Prof. Kagya-Agyemang served in various administrative capacities, including Principal of the Asante Mampong Campus and one-time Pro Vice-Chancellor of the UEW, a position he continued in acting capacity in AAMUSTED in the immediate aftermath of its establishment in August 2020 to his retirement.

Sharing the accentuated appreciation at the ceremony was Prof. Harrison Kwame Dapaah, the one from whom Prof. Kagya-Agyemang received the helm of office as Acting Principal of the Asante Mampong Campus. He joined the University in 2008 as a Senior Lecturer and made it to the rank of a full Professor. He also served as Principal of the Asante Mampong Campus with oversight responsibility for the Kumasi Campus when the campuses were under UEW, going on secondment in 2016 as the Vice-Chancellor for the University of Energy and Natural Resources (UENR) until 2020, among various administrative positions in the course of his illustrious career.

The University presented parting gifts worth GHC5,000.00 to each retiree with citations that eulogized them highly for their yeoman’s contributions to the University’s development.

Addressing the retirees on behalf of the Vice-Chancellor of AAMUSTED, Prof. Frederick K. Sarfo, the Acting Principal at the Asante Mampong Campus, Prof. Emmanuel Dartey, thanked the retirees for their dedication over the respective periods they served the University.

He assured them that as much as it was legally acceptable, University would be on hand to help them if they ever sought its help. He asked them to be careful with life beyond retirement, advising them to take their health very seriously to live for long without ailments.

On behalf of all the retirees, Prof. Kagya-Agyemang thanked the University profusely for the opportunity to work and live meaningful lives during their service. He recalled that the times were not smooth during their entire stay with the University, but they were proud that they could remain strong and support the University through thick and thin.

He called on those in active service to continue the hard work from where the retirees had brought the University, urging them not to despair when the going got tough. He also encouraged them to volunteer ideas to facilitate the speedy development of the University, reminding them that the well-being of the University would have a direct impact on the individuals in it.

‘Make a Difference’ – VC Charges Registrar and Director of Finance

No comments to show.